Gutenburg is coming soon, it will be the default wordpress editor for writing blog posts and pages.

We have been asked some quite important questions recently so we thought we would cover them all in one large post.

Hi, I’m Corey, the ServerLogKid. Today’s question is about Gutenberg?Gutenberg.

So thanks Corey. Today’s question is, what is Gutenberg? What’s it all about? So, this is a bit of a longer video than we normally do. So, Gutenberg is basically what is coming in WordPress 5.0 as default. And basically, what, WordPress has been out now, donkey’s years. 15 whatever years.

And the WYSIWYG, the editor you used to it, writing your post in your pages, it hasn’t really changed in that much time. It’s still really a fundamentally a plain box. And to do much, you have to install plugins. Now it’s all changing. With Gutenberg, we’re released a 5.0, a brand-new editor will be in place. So what is it?

And more importantly, because you’re not using any plugins to do any of this, it’s just one nice little loader, the big impact is it loads a hell of a lot quicker, which is important, we all know page speeds are important, we’ve covered that on videos before.

More importantly, not having several plugins to create one post. You fundamentally have, at the moment, its a plugin to install it which then overrides. You then you get the new functionality if you want it sooner to test out. But you’re not having to have multiple plugins to do tables, columns, add videos, add images, or you’re not having to do the coding yourself.

So it’s pretty cool and so like I said it loads super quick because you’re not having all that. The plugin has been out a while, but it was updated three days ago with a lot of new functionality. So I would recommend going and installing it.

So, you wanna install it. How do you do it? It’s pretty simple actually. Plugins, add new Ive already added it and activated it, it’s the number one here. Install, activate, that simple. Done in minutes. Well, yeah so pretty simple to do. Recommend you go do it now. Especially on old sites, I’m going to go through some stages in a minute about what impact it has, on new and existing sites et cetera. But at least install it, especially on new sites, so there you go.

So, if you install it on a current site, the main questions we’ve been asked are: does it impact old web blog posts? As in, do you lose all your functionality and features? And what functionalities are not currently available in the plugin?

And the first part of that question is, is it backwards compatible? So, let’s take a look. This is an old article, and as you can see, this is the new interface. Yes, it automatically updates the old web posts. Does all functionality move across from the old one to the new one? Everything we’ve tested, yes, am I gonna sit in here in confidence and say everything does? No, I can imagine that on certain things, some things might break. But it might be worth setting this up on a test development site somewhere, especially if it’s a big site that gets a lot of traffic, installing the plugin, making sure everything works, and then when 5.0 does update, you’re not having to worry. But yes, everything’s moved across for us, so yeah it’s fine here.

And then any new posts you create or new pages you create, you create using Gutenberg. Any new website you create I would also just recommend going Gutenberg from the start. Existing sites, well you’re gonna have to get used to this, unless, so they have said when they do release it in 5.0, and I don’t know when that will be, that you will be able to install a plugin to get the old WYSIWYG editor back. I don’t know why you’d want to, but if you don’t like change, you wanna stay there, you can do. But this is coming in 5.0, you don’t have a choice. So you might as well go ahead and install it now.

Like I said, on old blog posts, it’s not gonna make no difference. The future, is it perfect?

Early in command question is, how do you actually add a new blog post? What I’m gonna say is really simple. Like you’d do on the old one, you add a new post, give the blog article a title so, blog title. Once it’s done, save draft. That then creates your URL, which you can edit if you need to.

Then you might decide actually, that’s fine, it’s just the same as anything else. So you might wanna hide block, or HTML duplicate, then you might go actually, I want to do adding. These are the features now, paragraph headings, so heading two might be ‘heading two’. You might wanna actually add a column block so you just search from columns, then you’ve got your columns so, column A. And then here you might wanna insert an image, or a gallery of things, or a cover image. Well, you wouldn’t add a cover image, but you can just do that at the top. But you get what I mean, you can add video in. This video is in here somewhere. Videos, subheadings. Audios. There’s a lot you can add in. Problem with this is, some of you like to know how many words there are in their articles. If they’re different blocks its quite hard to calculate or use different software.

Well this icon here tells you. You’ve got 10 words, one heading, five paragraphs, nine blocks. So it’s pretty cool. And then you’ve got your different features, save draft. And then if you’re ready to publish, just say publish. Obviously I’m not gonna publish this because it’s a live site, and I don’t want to.

But yeah, it’s that simple to add articles. And you do the same for pages, it’s the same, exactly the same content.

So what will happen in the future? I’m guessing a lot more, but the functionality is pretty easy, its just drag and drop. So far, we’ve installed it on a couple of sites. Had some great fun learning, its not easy, it’s pretty easy out of the box, but it’s not the easiest thing. But it’s a whole new way of creating pages, but it does give you some real cool functionality. So yeah, like I said, you don’t really have a lot of choice, Gutenberg is coming, in 5.0, it will be the default. What I’d recommend is if you have got a test site, maybe create it, add it to your test site now, and get used to the whole new functionality so when it does become the norm, it’s not a shock to you.

Thanks! Thanks for watching. 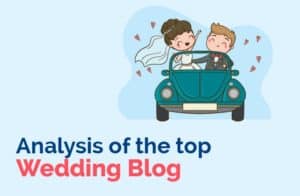 Analysis of the top Wedding Blog

We recently did some technical SEO analysis of the top 100 wedding blogs. In this video we look at some fo the top technical SEO issues and how to fix them. 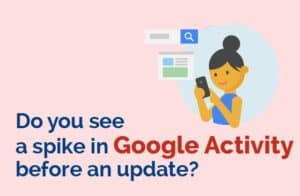 Do you see a spike in Google Activity before an update?

Back when I spoke at BrightonSEO I said after my talk when a question was asked, can you see if your site was affected by 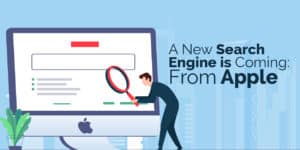 Google are in such a position of power that it is hard to imagine them ever being seriously challenged by a competitor. But being one 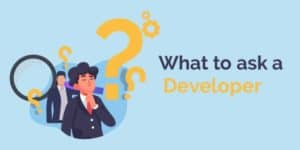 What to ask a developer

If you have a development team to handles your servers and website, then you are probably going to need to ask them to get you 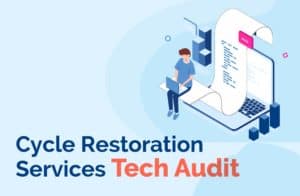 Technical Audits – while they can get completed, here are a few quick checks which can be done in less than 5 minutes. https://youtu.be/p80MwDZpFJIVideo can’t 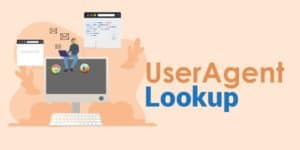 Have you been analysing your Server logs and realised you are unsure about the user agent and what it means.  You can try and figure